We use a fully chromatic 3-octave set of 38 handbells bought from the Whitechapel bell foundry in London. The bells sound – and look – beautiful. We also use a 2-octave set of belleplates which can add variety to a performance. Performances can include the full 3-octave set or smaller sets. We play a wide range of music including favourites such as traditional tunes (from across the world), folk tunes, pieces from films or musicals, Gilbert & Sullivan pieces, classical pieces, hymns, carols, and much more. A performance would usually include a range of styles of music but would almost definitely include some pieces which make use of various handbell ‘techniques’ such as malleting, martellato, shaking, thumb-damping, – and more. 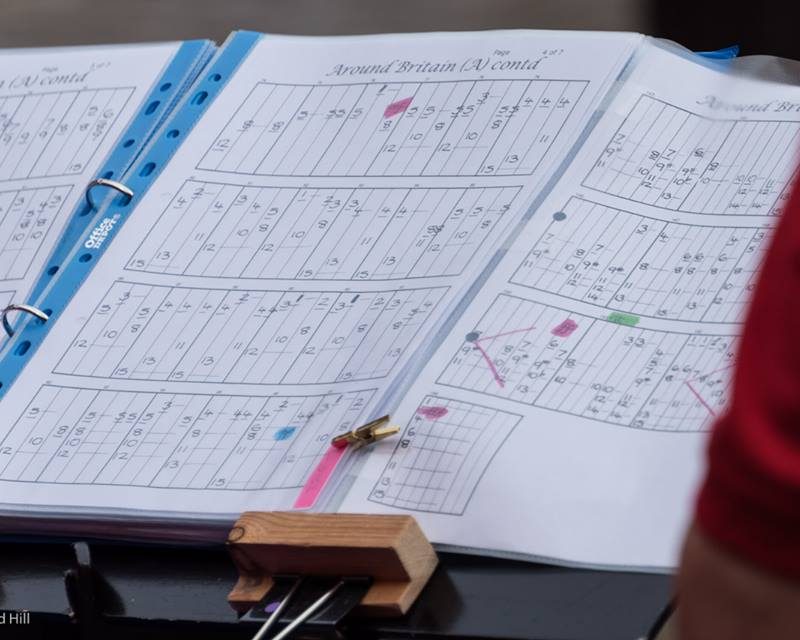 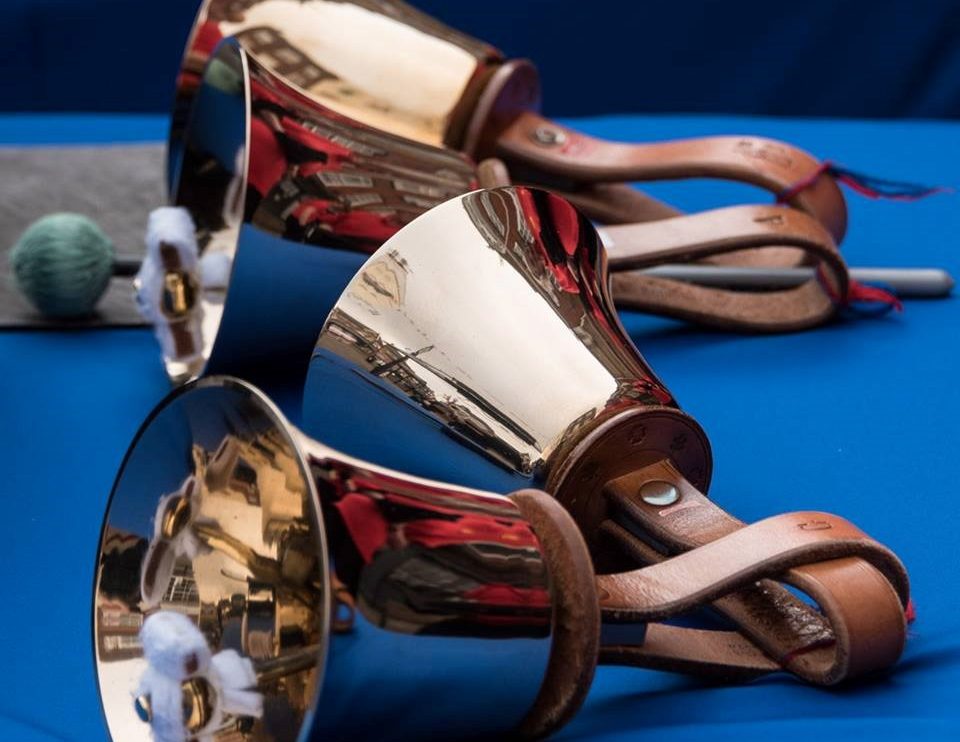